Here's my snippets card for our new challenge, I opted for a 'Santa Suit' Christmas money holder, but it's (almost always) anything goes here in the Snippets Playground - just please be sure to identify your snippets: 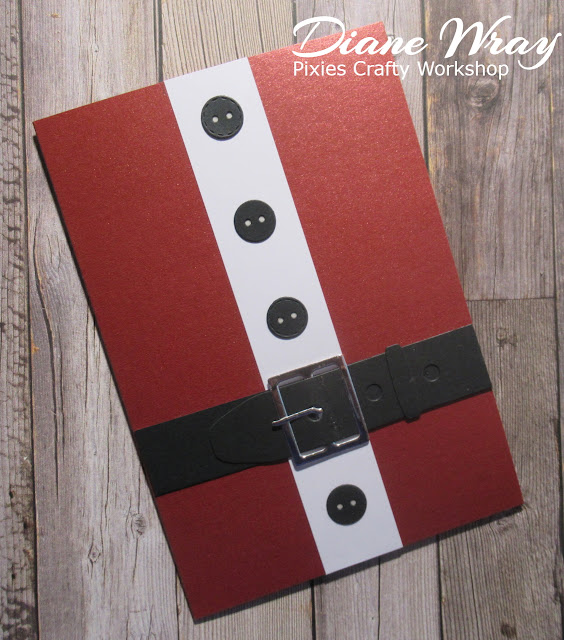 All the details, with Dudley's latest news and my pile of snippets I had out initially to tackle the above, as well as how I used them, are over on Pixies - HERE.

The prize for this fortnight is: 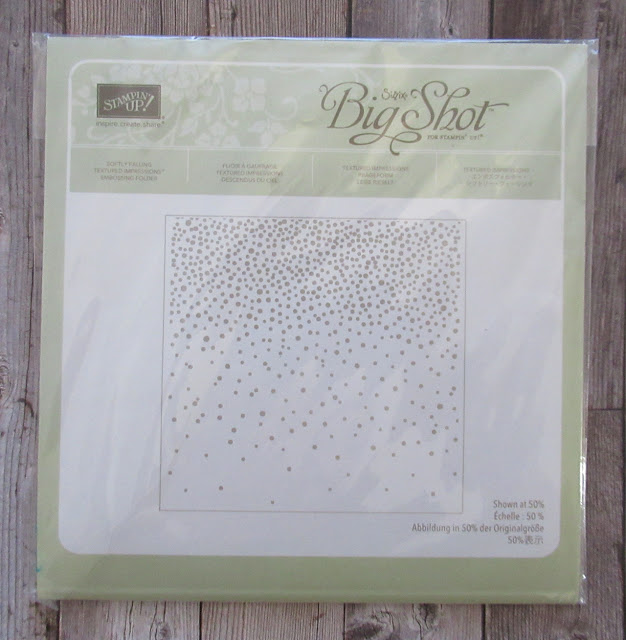 It's two dies and an embossing folder. The dies were kindly donated by our lovely Jackie T, both are by Tattered Lace called 'Still Waiting' and 'Lamplight Love'. I'd also spotted the discontinued and never been used embossing folder in a craft de-cluttering group a little while back. It was made by Stampin' Up and is called 'Softly Falling - almost as rare as hen's teeth these days, approx.  6.25" square and it's a beauty.  I think the 'Softly Falling' as an embossed background with either of the silhouettes in front would make some quick fabulous Christmas cards! But of course the dies are really good for loads of other occasions as well.

As always, the Snippets Challenge will run for two weeks and the Playground gates will close at 11am UK time on Saturday 10th December. The gates will open again at midnight UK time on the same day. Mr Linky is below this post.

Winners outside the UK: please remember that you may be charged fees and import duty on your prize - although we both always send them out clearly marked as "gifts".

A local farmer is looking for two black clad balaclava wearing figures who were picked up on CCTV during the night - chopping down a tree in his Christmas tree patch - one tall and slender and the other one much shorter in height. The police say that the white fluffy tail worn by the smaller of the pair is a strong clue. Also, the frequent feeding of what looked like treats - by the tall slim one to the little tail wagging one is another clue.

Not only that - Dudley has been limbering up to pedal the generator so he can power the pretty lights each evening! And now, I hear that Sarn has only been sending him out with a bunch of posters to pin to every tree he pauses at - advertising a 'Grand Switch On'. The daft thing is - only folk who are very little will even be able to read the posters - despite Dudley's best efforts to pin them as high as possible. So we can expect a gathering of dogs (of course!), perhaps some cats (which should make for some fun) a toddler or two three, if they can read - and perhaps a few gnomes to attend the event! Don't you just love Christmas!? I suspect that Dudley will be so worn out he'll sleep right through it all!

Love and hugs from Dudley and Di,

Thank you for leaving a comment! Please note that this blog doesn't allow anonymous comments. Any spam will be deleted. 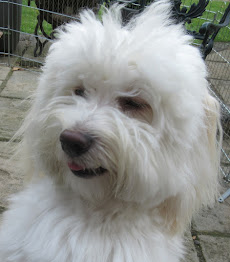